The Paws of Fame: 5 Famous Dogs in History 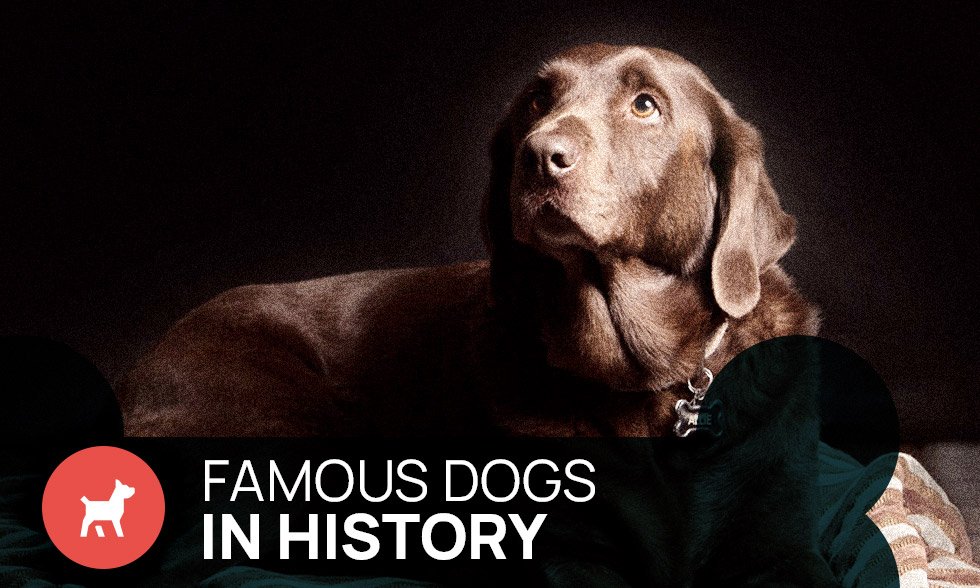 Dogs have helped shape this world’s history in many ways. The most famous dogs are the ones we see on the big screen, like Lassie or Goofy or even Scooby-Doo. But these majestic creatures have many amazing stories off-screen too, and some of them have contributed to history itself.

The canines outside of tv are not always as well known, but they are famous in their own right. Here’s a look at five dogs who have influenced our world.

German composer Richard Wagner lived during the 19th century and created many famous pieces of music including, “The Ride of the Valkyries” and “The Ring of the Nibelung.” He also owned a Cavalier King Charles Spaniel named Peps.

Peps was not only a companion to Wagner but also a music critic. According to the composer’s biographer, Peps would sit by the piano and listen to it play. He would respond to different melodies and keys and sometimes express his mood towards what he heard. If he did not like what Wagner was playing, he would protest with howls.

As the tale goes, Wagner trusted Peps’s taste in music more than anyone else. He would construct his compositions according to whether or not Peps enjoyed them. As a result, Peps’ “advice” contributed to many works.

Previous to the 1920s, using dogs as guides for the blind was not a common concept. After the first World War, an American woman named Dorothy Harrison Eustis worked with veterans in Switzerland to train dogs for exactly that purpose.

Buddy was a female German Shepherd that Eustis trained as a seeing-eye dog. Her owner, an American named Morris Frank, brought Buddy from Switzerland to New York City. They gained media attention when Buddy famously led Frank across a busy street. The two made it safely to the other side.

Because of his and Buddy’s success, Frank advocated for normalizing seeing-eye dogs in the USA. He and Eustis even began the Seeing Eye organization to train guide dogs in America. Today, the Seeing Eye has been a prominent training school for over 90 years.

Buddy’s legacy has contributed to the normalization of guide dogs and even paved the way for other service animals, causing her to become one of the more famous dogs who have changed history.

Smoky was a Yorkshire Terrier who lived and aided soldiers during the Second World War. An American soldier discovered her in the New Guinea jungle, and she became a staple of the American camps.

Plenty of dogs have served in wartime efforts over the years. Smoky’s contributions have helped make her one of the most famous dogs in history.

Called the first therapy dog, Smoky spent time with wounded and off-duty soldiers. She would either entertain them with tricks or be available for pets and simple companionship. Her owner taught her plenty of commands that were both amusing and useful.

In one instance, Smoky helped build an airbase for Allied aircraft by running a telegraph wire through a 70-foot pipe. Her efforts prevented the need for soldiers to work out in the open for several days and exposing themselves to danger. Instead, the work took minutes.

Laika was a Husky-Spitz mix and the first dog to enter space and orbit Earth. A stray from Moscow in the then-Soviet Union, Laika was chosen by Soviet scientists to embark on a space flight. Her small size and quiet temperament meant she could fit in a smaller capsule and experience less stress from the entire ordeal.

From the beginning, the Soviets knew that it was unlikely any dog they sent to space would survive. Laika survived the launch but died soon after when the temperature on her aircraft, the Sputnik 2, became unbearable. Her experience, though short-lived, proved that it was possible to survive in space with the right conditions and equipment.

Laika’s flight took place on Nov 3, 1957, during the height of the space race and amid the Cold War. Both the USSR and the USA were competing with each other to see who could make the greatest strides in space exploration and technology.

Laika’s trip encouraged the USA to top the Soviet’s success, which then led to the first man on the moon. The global recognition of her ascent has led to Laika becoming one of the most famous dogs in history.

Barry was a St Bernard born in 1800. He became known for being a rescue dog and is still one of the most famous dogs in history for his abilities and the fable of his heroism.

One of many dogs working for the Great St Bernard Hospice, Barry has been credited with saving more than 40 people. One such tale recounts Barry’s bravery in saving a young boy by carrying him back to his hospice for care. Whether or not this story is true has been debated, but it has contributed to the legend surrounding Barry’s greatness.

Barry retired in Bern, Switzerland, and passed away peacefully. However, his efforts were so well-known at the time that a legend surfaced about his death that still exists today. Variations of the story say that Barry was killed by either a group of soldiers or a single soldier and that he was mistaken for either a bear or a wolf. To make the story more tragic, he was attempting a rescue.

Though technically a St Bernard, Barry was lighter than the modern version and not exactly as recognizable as the huge furry breed we would imagine today. Barry is most famous in Switzerland, but he is still well known around the world.

In the End – The Most Famous Dogs in History

Each of these pups has contributed in some way to help their owners or community. Their tireless efforts have resulted in them achieving fame and changing the course of history. Whether their impact was large or small, these dogs will not be forgotten anytime soon.